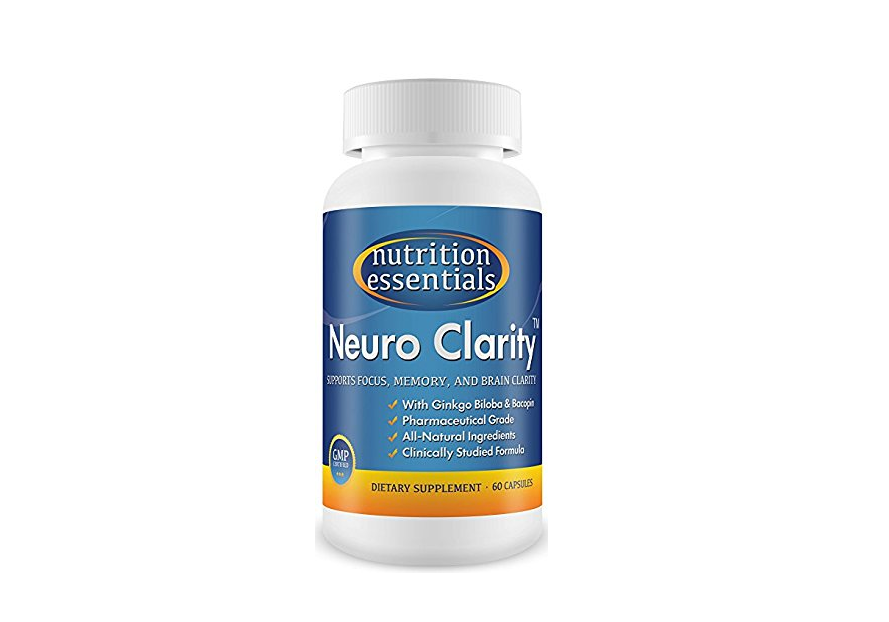 Nowadays, one of the most important brain qualities people strive for is the memory. This is why there are countless of techniques to improve our short- and long-term memories, as well as supplements to further help with that process. This stack by Nutrition Essentials is one of my favorites and this is why I picked it. It has all the important nootropics in it that will greatly boost your brain’s capabilities, especially the way and speed with which you remember.

Our Verdict: Thanks to its ingredients, the Neuro Clarity is among the best nootropic stacks out there for people who experience memory issues. Its main ingredients of B. Monnieri, St. John’s Wort, and Acetyl L-carnitine are a powerful trio that is potent enough to deal with most cognitive issues, especially the short-term memory of the user. If you are looking for a stack to help you with brief but intense studying sessions, this is the right one for you. If you are interested in other nootropic stacks and want to learn more about nootropics in general, check out my ultimate Buyer’s Guide on the topic by clicking here. Now, let’s dive into this stack’s features and qualities.  Click here for current price…

Before I get into the features of this stack I want to put out a few words about the company itself. Nutrition Essentials is a company that makes a lot of nootropic products and the Neuro Clarity is their best one but despite their numerous products sold on amazon, they don’t seem to have an official site. Now, this would usually trigger a red flag for me but there are countless of reviews of customers and brain hackers that report of good effects coming from a few weeks of using this stack.

One of the major features of this product is that it greatly improves short term memory and does some good to long-term one as well. This is thanks to its ingredients such as Acetyl L-Carnitine but more on these in a moment.

Apart from its memory-boosting capabilities, this stack is also known in the neurohacking environment to be a great stack to help you deal with stress. Logically, when deprived of the constant stress, you naturally get a boost in your focusing abilities as well as the abilities to absorb more information.

The ingredients here have good proportions and there seem to be no additional “dead weight” ingredients in the stack that just serve as a filler. Either way, let’s dive into the list of ingredients of this stack now.

The first ingredient is St. John’s Wort. It comes as a 3% extract and is totalling 250mg in a single serving. Apart from its neuroprotective qualities, it is also a nootropic that boosts memory, helps people with depressive moods, and other mood disorders.

Next on my list of nootropics in this product is Glutamine. It comes in the form of L-glutamine hydrochloride which is typical for stacks and is a form that is easily absorbable by our bodies. It is 150mg per serving which is more than enough. One of the most prominent qualities of this amino acid is its ability to promote muscular endurance. It is very famous among vegetarians and people on diets which are low on proteins.

As a third substance we have Bacopa Monnieri, which I extensively covered in our buyer’s guide and all other stack reviews, so I won’t go into great detail about it here as well. I will just say that it is a perfect addition for a stack that targets one’s memory. The 100mg of it feels relatively low compared to other stacks but the combination of other substances makes up for it more than enough.

Next on the list is Acetyl L-Carnitine. This is a great substance which interacts even more greatly with choline. When combined with choline it creates acetylcholine which is one of the main neurotransmitters in our bodies. Since you can’t find any choline on this stack, my personal suggestion would be to increase foods rich on choline such as:

Another great substance present in this stack is phosphatidylserine. It comes as a 125mg complex. The main function of this nootropic is to maintain the health of your cell’s membranes including neurons. It greatly improves the brain’s cognitive capabilities as well as learning and recalling capabilities.

The other substances listed are:

DMAE is in the form of DMAE Bitrate. Another name for that is Deanol. It is commonly used to treat patients suffering from ADHD. On top of that, it has memory-boosting qualities as well as cognitive improvement features. It also promotes the production of choline, making it an ideal addition to Acetyl L-carnitine in your stack.

The ginkgo biloba here comes in 50mg 24% extract which isn’t great but is better than some other nootropic stacks on today’s market. It is great for people suffering from memory loss, dementia, and other degenerative brain conditions.

Last but not least is the vinpocetine nootropic. It comes from a plant called periwinkle. It increases cerebral blood flow which is vital to getting some of the other key nootropics into your brain as fast and efficiently as possible. It also is a potent way to treat cerebrovascular diseases.

Apart from the nootropic stack supplements, Neuro Clarity also has:

One potential issue some vegetarians might have with the gelatin is that its source isn’t listed anywhere. This is an issue as it might be animal-based and therefore render this product inconsumable for a lot of people. If I manage to find information on this issue, I will update the article.

Another thing I really like about this stack is that all the ingredients inside are pharmaceutical-grade and are in good proportions. On top of that, Neuro Clarity does what every nootropic stack should do – well, stack… with itself. This is the whole purpose those products exist. Most stacks get so hung up on the idea of adding more and more supplements inside that, in the end, none of them works properly. Here everything is well balanced and works great within its combination.

Another feature I absolutely have to mention is the price. For the amounts of nootropics you are getting along with the servings inside this stack, this is one of the best price to value ratios I have seen in a while.

Of course, I have to list some of my concerns about this product after I just listed its main features and ingredients. First of all, I have a big issue with the fact that the clinical trials of it aren’t cited anywhere. This, combined with the fact that there is no website listed for Nutrition Essentials makes things seem fishy to me. Still, the countless of positive reviews kind of make up for it but I will keep an eye on this nonetheless.

Update: There is now a Canada based site for the company. You can go there by clicking here.

Want to know which are the best vitamins for your brain? Found out on this dedicated article on the topic. Now, let’s check out some of the most important advantages and disadvantages of this nootropic stack. 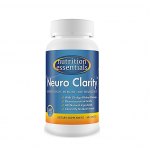 Nutrition Essentials’ Neuro Clarity nootropic stack is a great product which features a lot of ingredients in a very pleasant combination and dosage. It has proven itself among the thousands of users who have bought it this past year and this is the reason it has won my attention. I love the individual dosages of all the ingredients as well as the fact that they are sized absolutely right, not too much and not too little of each. Such attention to detail is admirable.

Another thing that deserves admiration is the price. There is no other nootropic stack that has such a good and potent combination with that many servings for this low of a price. In fact, I will say it straight away – this is a total steal, and even more so when discounted. The only downsides are the fact that the source of the gelatin is unknown and that there wasn’t a website up until recently. All in all, if you are a student in need of a mental boost before a heavy studying session, I recommend this product with both hands. I gave it a four and a half out of five stars rating.