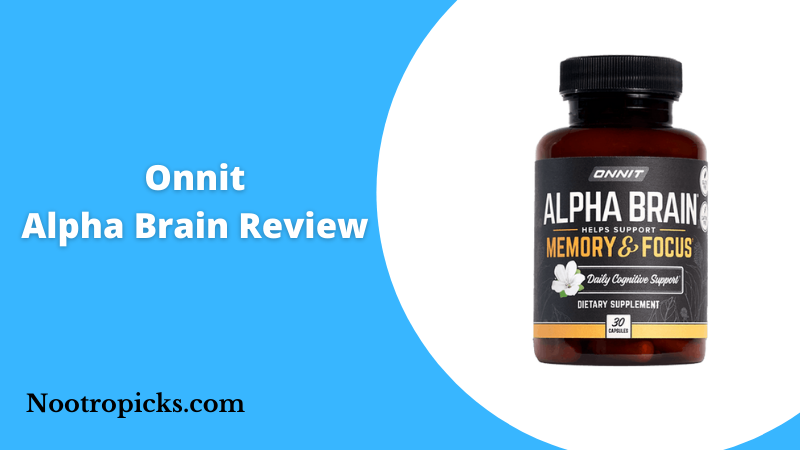 This is an honest Alpha Brain review.  Alpha Brain is a well-known brand manufactured by Onnit company which is owned by Joe Rogan.   Its formulated with natural ingredients to support a full spectrum of cognitive functions.

In fact, from all our other reviewed nootropic products, this one is the most tested and regarded as the best by almost everyone.

The level of research, analyzing and study of the ingredients of this stack is really in a league of its own and the countless of satisfied users all over the globe serve as proof of all that.

There are a dozen of entrepreneurs, professional athletes, performers, and other people standing behind the brand due to the boost in their career that it gave them. We will discuss the brand in greater detail in a moment.

The combination of substances here is known to help people who need to go over large amounts of information in small periods of time and also helps with concentration, focus, mood, and memory.

Continue reading on to find out what are the pros and cons and our final analysis.

The Lowdown - What to Expect

The effect of this product is, as advertised, felt in the first week you start taking it. This is entirely due to the ingredients inside but more on those later.

With most nootropics, you won’t start feeling and effects until after a few weeks, depending on their dosage.

In the second week, this stack deepens its effect on the user’s concentration, focus, and short-term memory. If you are taking it during a long studying session you will soon begin noticing that you remember things from the books faster and your reading periods will extend a bit more due to the increased focus.

From that point forward, the effects of this stack will just keep getting better and better ultimately resulting in a nice long-lasting effect.

Now, let’s check out which are the ingredients inside this product and how exactly they contribute to the overall effect.

This blend consists of L-Tyrosine, L-Theanine, Oat extract, and Phosphatidylserine. The first two are amino acids responsible for the brain’s cognition abilities. As a whole, they serve as fuel to the brain and have a good effect on neuroplasticity and the well-being of your nervous system. PS is also vital for your cognition abilities and when taken as a supplement it improves one’s memory.

This is the most important blend as it contains some well-known nootropics. Here, you have Alpha-GPC, Bacopa Monnieri, Huperzia Serrata, and Huperzine-A. These work in combination to create a boost in your abilities to retain information, focus, and remain calm.

This blend serves as the energy source of your brain during intensive tasks. It has L-Leucine which is a primary BCAA (branched-chain amino acid), Vinpocetine which boosts cognition, and Pterostilbene which does the same thing but also lowers cholesterol and glucose levels.

L-Theanine, one of the most effective nootropics, is able to significantly increase brain waves, targeting the alpha brain waves. Doing so can improve important cognitive functions, mental clarity, and focus.[1]https://www.nutraingredients-latam.com/Article/2019/10/14/Taiyo-study-supports-L-Theanine-for-cognitive-benefits

Bacopa Monnieri is loaded with antioxidants and studies have shown this ancient ayurvedic herb can boost brain health, mitigate depression, and relax the nervous system.

Some of the believed benefits of Phosphatidylserine include helping with preserving memory, sleep, mood, depression, anxiety and Alzheimer’s disease.[4]https://www.pagepress.org/journals/index.php/mi/login?source=%2Fjournals%2Findex.php%2Fmi%2Farticle%2Fview%2F5647[5]https://www.ncbi.nlm.nih.gov/pmc/articles/PMC4237891/

Stress has the ability to negatively affect your memory, attention, knowledge and reasoning by decreasing neurotransmitters.  L-Tyrosine can help keep your brain focused during stressful periods.

L-Tyrosine works by reversing the decline in neurotransmitters that support your cognitive abilities.[6]https://www.healthline.com/nutrition/tyrosine

Stress and anxiety: Oat straw assists in the boosting of Alpha brain waves linked with super-learning, being in the zone (flow states) and happiness.

Cat's claw is a tropical vine that grows in the Amazon rainforest in South and Central America. This nootropic isn’t one of the most well-known nor is it well-researched but it is said that it can help with inflammatory processes in our bodies. It also helps with our bodies’ energy levels and keeps us fresh during long sessions of hard work be it physical or mental.

Alpha-GPC supports the function of acetylcholine which is a key neurotransmitter for memory and learning. Its function is to improve cognitive functions, including supporting focus and mental performance.

There are few studies on the use of huperzine A for memory enhancement. One older, small study published in the 1999 Chinese journal Acta Pharmacologica Sinica found that huperzine A  improved memory and learning in a group of adolescent students.

Vitamin B-6 is important for regulating mood and preventing mental fatigue. B6 is needed for the brain to produce serotonin, a feel-good neurotransmitter that helps you relax and lifts your spirits. Vitamin B-6 also assists the body in making hemoglobin which helps carry energy-boosting oxygen to the brain.

There’s not much evidence to support L-Leucine has any positive cognitive effects with memory and focus.

This is for anyone who needs laser-sharp focus to accomplish difficult tasks, wants quicker reaction times and clearer thinking under stress.

Even though Onnit Alpha Brain is made of natural ingredients there is still potential for side effects. Some of the known possible side effects include headaches, anxiety, dizziness, gastrointestinal distress, nausea, vomiting, diarrhea, hot flashes, lucid dreams and stomach ache. Nausea, vomiting and hot flashes seem to be the most commonly reported side effects.

Consult with a physician before use if you are pregnant, nursing, have a history of any medical conditions, or are currently taking any medications.

Review for Vital Vitamins Brain Booster are mostly positive with some poor ratings due to mostly unwanted side effects.

How to take Alpha Brain

Is There a Guarantee

There is a 90 day money back guarantee if not satisfied.

Are There Any Side Effects

How Long Does it Take For it to Take Effect

It should be immediate.

Recommendation - Should You Buy?

My first major complaint is the number of ingredients in Alpha Brain. I prefer to stick to a few top ingredients than combining over 10 where many aren’t big contributors. I believe in quality over quantity.

Secondly, Alpha Brain hides some of its ingredients behind its proprietary formula.  Consumers have the right to know what’s going in their bodies.

Thirdly, some of the ingredients don’t have enough research behind them to back up their claims.

Finally, I have some concerns with the serious side effects being reported. Some of the biggest include headaches, gastrointestinal distress, nausea, vomiting, diarrhea and hot flashes.

Not every nootropic is going to have the same effect on everyone.  What works for someone may not work for someone else.  It all depends on your body’s chemistry.

It does offer a 90-day money-back guarantee. If you require mentally demanding work and don’t need to take nootropics every day, then go ahead and give Alpha Brain a try.

Taylor is a neurohacking expert who has been in the world of nootropics since it gained popularity almost 10 years ago. He overcame his ADD, procrastination and lack of focus with nootropics. Now, he is sharing his knowledge and experience here at NootroPicks.com to help others navigate the world of cognitive enhancement. 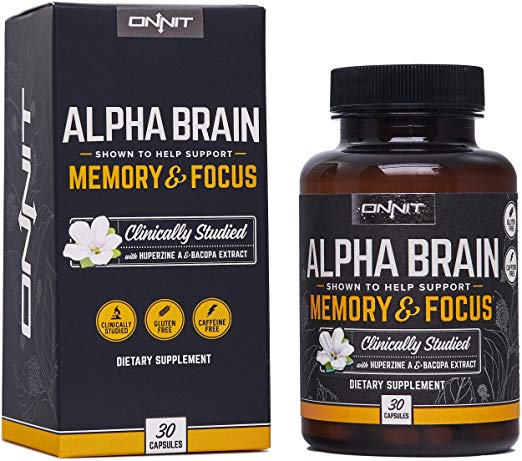