Nootropics go by many names including memory or cognitive enhancers. The term nootropics also includes medication that’s designed to treat a variety of conditions including epilepsy, dementia, and Alzheimer’s disease, the most common form of dementia.

At times, nootropics are also marketed as all-natural supplements that can instantly improve brain function, memory, and focus. But do nootropics really work?

Are nootropics bad for you? Most studies have shown us that when used correctly, nootropics are totally safe for use in adults, however, each product will affect a person differently and can heavily depend on whether they’re taking an all-natural nootropics product or a synthetic one.

Are nootropics bad for you? No, not when taken correctly. However, there are some instances in which nootropics is not recommended. If you want to try nootropics, before you do, it’s recommended to:

Studies have shown that most adults have tolerated nootropics use, with no known side effects, but ultimately, how well a product is tolerated can be dependent on a number of factors including age, current health condition, and a person’s unique brain chemistry.

Now that you know nootropics are safe to use and how they can have a positive impact on brain health, memory, cognitive function, and mental focus read on to find out how to determine if nootropics are right for you.

Nootropic products that contain racetams are not approved by the FDA and cannot be sold as dietary supplements.

Every type of racetam contains a two-pyrrolidone nucleus that consists of nitrogen, hydrogen, and oxygen.

In terms of strength, dosage, and potency, the makeup of racetams tends to vary, but essentially, they’re designed to affect the brain in many of the same ways that naturally derived nootropics do, since they share similar chemistry.

Racetams are known for their ability to improve focus, making the brain work more efficiently. They’re also said to have a positive impact on mental energy, memory, and overall brain health.

Piracetam was the first synthetic nootropic. All modern racetams are derived from piracetam, however, there are some products on the market these days that are considered much more potent.

Racetams are not stimulants and don’t affect the brain in the same manner. Most types of racetams will work by impacting the degradation and production of acetylcholine, a type of neurotransmitter.

This neurotransmitter plays a major role in terms of brainpower, mental focus, memory, and logical thinking, in addition to other important cognitive functions.

The brain converts choline into acetylcholine. While more research is needed in order to truly understand the role of acetylcholine and how it works, most scientists are convinced that it’s widely used in the brain for everything from cognitive activities to memory and focus.

Boosting glucose metabolism and acetylcholine production can result in many positive changes in the brain, which is why racetams are considered very powerful.

So, why are nootropics that contain racetams not approved by the FDA? Racetams are man-made, not derived from nature, therefore it cannot be classified as a food or natural supplement. Racetams aren’t illegal, they’re just not FDA approved, the fact of which doesn’t mean they’re not safe to take.

How Safe are Nootropics?

When taken correctly, most people will not experience any negative side-effects from nootropics use. The goal of taking nootropics is to improve brain health, memory, and focus.

Current research indicates that nootropics are totally safe to use on a regular basis and are often well-tolerated when the user takes the supplement responsibly.

Many types of nootropics have been shown to have a positive impact on brain health, working to guard the brain against damage caused by aging, stress, inflammation, and even oxidation damage.

However, depending on the dosage, brand, and the user, some types of nootropics can pose the risk of long-term complications and side effects that can be relatively mild, or severe.

Since there are so many different types of nootropics to choose from, and considering the fact that many supplements that aren’t true nootropics label the product as such, it’s difficult to determine which products are safe and which ones are not.

This is especially true if the user is abusing the supplement and taking more than the recommended dosage.

Basically, the primary factor in determining whether or not nootropics are safe for use heavily depends on the user. Like every supplement and drug on the market, nootropics will perform differently for different users. Pre-existing conditions, routine medications, age, and unique brain chemistry can all play a significant role in regard to product safety and effectiveness.

How Age Plays a Factor

Young adults and teenagers make up a big portion of the nootropics market. Some studies have shown that younger users are more at risk of side effects. While more research is needed in order to prove this claim, some researchers believe that taking certain types of supplements or drugs before the brain is fully developed can have a long-term adverse effect on cognitive function.

Because of this, some researchers do not recommend the use of nootropics for people under the age of twenty-five, while others feel that when used correctly, nootropics are perfectly safe for young adults.

The user’s physical condition and overall health will also play a huge role in the safety of nootropics use. But this applies to any type of drug or supplement.

Certain medical conditions such as heart disease, kidney disease, diabetes, cardiovascular disease, or high blood pressure can increase the risk of side effects associated with nootropics use. It can also have a major impact on how a person responds to the product.

Most stimulants can raise blood pressure and increase heart rate, which can pose more of a risk for heart disease, hypertension, or other types of cardiovascular issues.

Certain brands of nootropics, such as Noopept, can affect blood glucose levels.

Other types of nootropics, including Adrafinil, which is processed in the liver, can be potentially dangerous for people who are at an increased risk for hepatic disease.

In terms of pre-existing medical conditions, the list of risks is extensive. While taking nootropics may be perfectly safe for one person, taking them can pose a significant risk for another.

Because of this, we recommend consulting your physician prior to use, if you have a pre-existing medical condition or if you’re not sure whether a particular type of brand of nootropics is safe.

Doing so is not only important in order to determine whether or not you’re at an increased risk of side effects, but also because nootropics use can have a negative impact on your health or the effectiveness of current medications you take regularly.

Your physician or pharmacist can determine whether or not taking nootropics can have an adverse effect based on your health and your current routine medications.

There are some simple steps you can follow that will ensure your safety when taking all-natural nootropics and synthetic nootropics with racetams.

Yes, some can.  If you’re new to nootropics and want to find a product that’s right for you, click here to check out the nootropics buyer’s guide.

What Do Nootropics Do?

Nootropics are designed to boost mental focus, mental energy, cognitive functions, memory, and alertness. Many types are not designed for everyday use, but they can be a true asset when they’re used correctly. Of course, the product’s potency and overall quality will play a major role in terms of how well the product works for you.

Will Nootropics Work Well for Everyone?

Nootropics are safe for most adults, if the dosage is followed correctly and if the nootropics will not affect any medication a person is currently taking.

If you’re not sure whether or not nootropics is safe for you, speak with your doctor prior to use. Since nootropics work based on brain chemistry, not every nootropic will provide the same type of results for everyone.

If you don’t feel as though the nootropic you’re taking is working, then switch to another type.

Are nootropics bad for you? No.

Years of research and ongoing studies have shown us that taking nootropics can be safe and effective.

However, if you don’t consult your physician and have an underlying health condition, if you abuse nootropics, or you fail to speak with a doctor or pharmacist to determine whether or not taking nootropics in addition to prescription medication is safe, then you may experience undesired side effects.

There is also some research that indicates that nootropics aren’t a good option for people under the age of twenty-five when the brain is still developing.

Ultimately, whether or not nootropics are safe is left up to the user, their unique brain chemistry, and whether they follow the recommended dosage. As with any type of medication, there is some degree of risk associated with use, however, most studies have found that nootropic use is safe for adults and well-tolerated by most users. 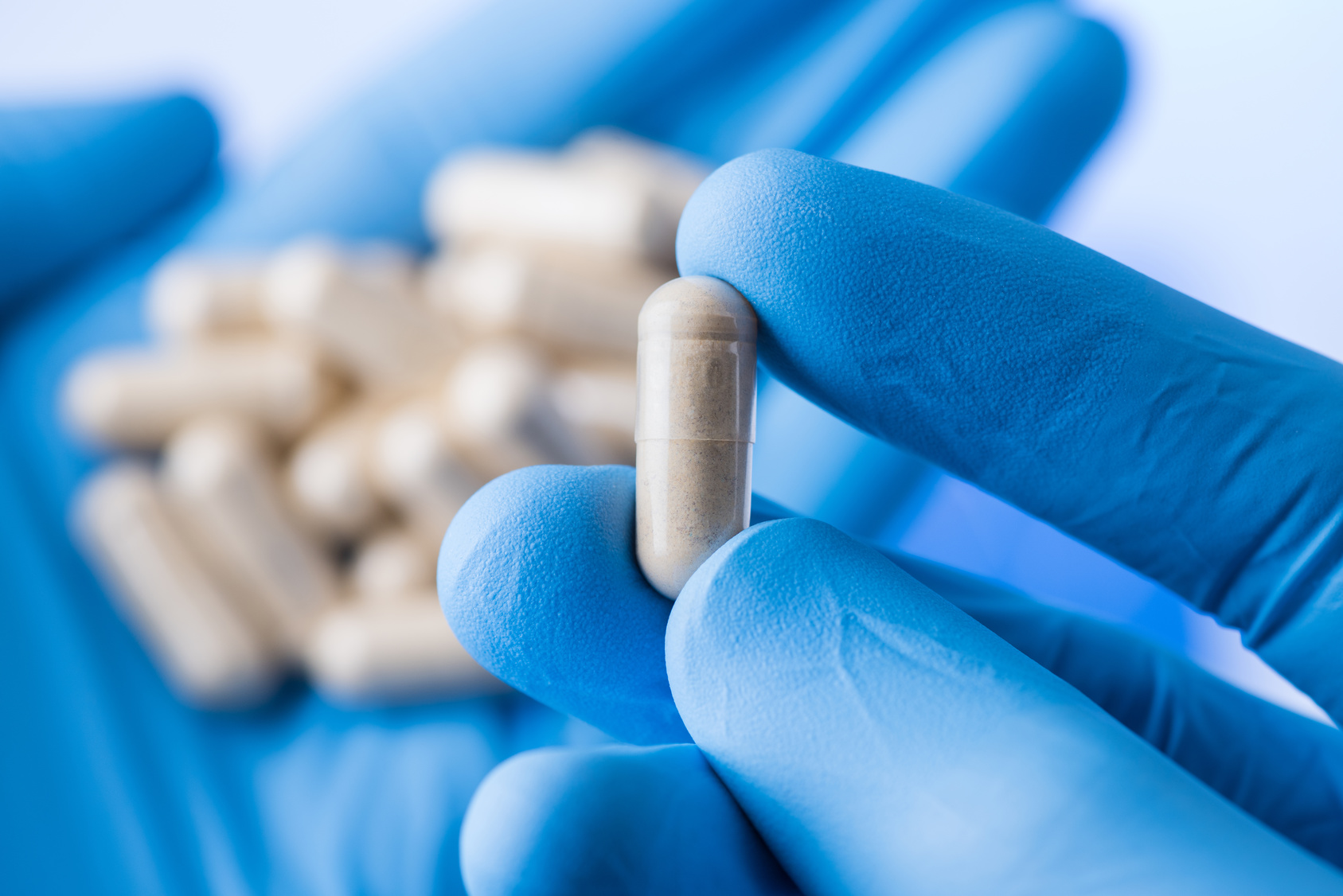 Article Name
Are Nootropics Bad for You: The Truth About Nootropics Use
Description
Find out the truth about nootropics, whether they're safe, what type of side effects you can expect, how they work, and learn who should never try nootropics.
Author
Taylor Bates

What are Nootropics Made of: All-Natural and Synthetic Nootropic Formulas

What Nootropics Need to Be Cycled: Giving Your Brain a Break